Humor Is a Cover for Racism

The fight against institutional racism recently won a major victory in the Netherlands. The organizers of Zwarte Cross (‘Black Cross’), a major Summer festival combining motorcross and music, finally decided to remove various Islamophobic and racist signs from their premises, following outrage on social media by activists. (Trigger warning: I will be forced to quote some racist statements in this… Lees verder »Humor Is a Cover for Racism

Four Flavors of Doom: A Taxonomy of Contemporary Pessimism

In his short, provocative book Has the West Lost It?, the Singaporean diplomat Kishore Mahbubani identifies a curious paradox. In many respects, the world has never been in better shape than today. People live longer, healthier, more peaceful, and safer lives than at any previous time in history. According to Mahbubani, this enormous improvement in the human condition is a result of… Lees verder »Four Flavors of Doom: A Taxonomy of Contemporary Pessimism

It’s always instructive to learn why someone changed their mind about something. It takes courage and intellectual honesty to admit having been wrong. After reading the title of this essay, I was all eager to discover why exactly the historian Tom Holland thinks he was wrong about Christianity. Unfortunately, he doesn’t really deliver on that promise. Just when it gets… Lees verder »Why Tom Holland was not wrong about Christianity (though his new book may prove otherwise)

Disbelief About Belief. Why Secular Academics Do Not Understand the Motivations of Religious Fundamentalists 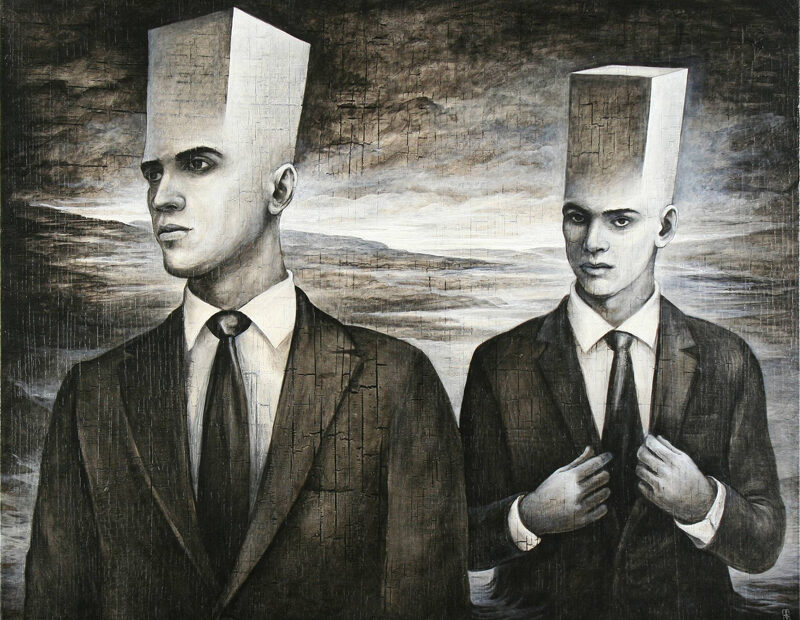 The Dutch newspaper Financieel Dagblad recently published a rather disturbing interview with a former member of the Hofstad Network, a jihadist group that was active in the Netherlands in the first few years of this century. This ex-Islamist, named Jason Walters, threw a hand grenade at police during a raid in The Hague in 2004, and was sentenced to 15 years imprisonment in 2006… Lees verder »Disbelief About Belief. Why Secular Academics Do Not Understand the Motivations of Religious Fundamentalists

Dear Peter, Why is it you cannot bring yourself to believe we had a beer in Dresden last month? Your answer is that this belief has no ‘moral valence’, and your community doesn’t support it. By contrast, beliefs about Neanderthals have strong moral valence for your religious student. That’s why he can simply choose to believe, while you can’t. I’ve… Lees verder »On Choosing Belief – Letter to Peter Boghossian (Part 2)

Dear Peter, Thanks for inviting me to this exchange of ideas. It’s true that we’ve never met, but by all means, let us pretend that we’re old friends writing each other. In fact, let me use the fact that we’ve never met as a jumping board to dive right in to our debate. I have no recollection of ever having… Lees verder »On Choosing Belief – Letter to Peter Boghossian (Part 1)

Ecomodernist Michael Shellenberger was interviewed on Belgian national TV this week. I’m glad that the Belgian public finally gets acquainted with ecomodernism, a broad international movement of environmental activists and scientists who want to “decouple” the economy from nature. However, the questions asked during this interview illustrate the sorry state of the debate about the climate in Belgium. For example,… Lees verder »Are ecomodernists “climate denialists”?

Do scientists tend to err on the side of least drama?

Here’s a fascinating paper that changed my mind about the IPCC. Contrary to what many denialists claim, the IPCC is not overly “alarmist”. If anything, the reverse is true. We can now establish this, by comparing the earliest IPCC predictions from the 1990 report (about ice sheets, CO2 levels, droughts, etc.) to current observations. It turns out that IPCC consistently undershoots… Lees verder »Do scientists tend to err on the side of least drama?

The latest ruling by the ECHR about the Austrian woman who called the prophet Mohammed a “pedophile” is disgraceful. Even if Mohammed had NOT (reportedly) had sex with a 9-year old girl, calling him a pedophile should be protected by freedom of speech. Invoking “religious feelings” as a legitimate reason to curtail free speech sets a dangerous precedent. To the true… Lees verder »New ECHR ruling fails to uphold free speech, bows to “religious feelings”