Dear Peter, Why is it you cannot bring yourself to believe we had a beer in Dresden last month? Your answer is that this belief has no ‘moral valence’, and your community doesn’t support it. By contrast, beliefs about Neanderthals have strong moral valence for your religious student. That’s why he can simply choose to believe, while you can’t. I’ve… Lees verder »On Choosing Belief – Letter to Peter Boghossian (Part 2)

Dear Peter, Thanks for inviting me to this exchange of ideas. It’s true that we’ve never met, but by all means, let us pretend that we’re old friends writing each other. In fact, let me use the fact that we’ve never met as a jumping board to dive right in to our debate. I have no recollection of ever having… Lees verder »On Choosing Belief – Letter to Peter Boghossian (Part 1)

Ecomodernist Michael Shellenberger was interviewed on Belgian national TV this week. I’m glad that the Belgian public finally gets acquainted with ecomodernism, a broad international movement of environmental activists and scientists who want to “decouple” the economy from nature. However, the questions asked during this interview illustrate the sorry state of the debate about the climate in Belgium. For example,… Lees verder »Are ecomodernists “climate denialists”?

Do scientists tend to err on the side of least drama?

Here’s a fascinating paper that changed my mind about the IPCC. Contrary to what many denialists claim, the IPCC is not overly “alarmist”. If anything, the reverse is true. We can now establish this, by comparing the earliest IPCC predictions from the 1990 report (about ice sheets, CO2 levels, droughts, etc.) to current observations. It turns out that IPCC consistently undershoots… Lees verder »Do scientists tend to err on the side of least drama?

The latest ruling by the ECHR about the Austrian woman who called the prophet Mohammed a “pedophile” is disgraceful. Even if Mohammed had NOT (reportedly) had sex with a 9-year old girl, calling him a pedophile should be protected by freedom of speech. Invoking “religious feelings” as a legitimate reason to curtail free speech sets a dangerous precedent. To the true… Lees verder »New ECHR ruling fails to uphold free speech, bows to “religious feelings”

“Liberals Have Compromised on Their Own Values”: An Interview with Ali A. Rizvi

The Pakistani-Canadian writer Ali Rizvi is a fierce critic of Islam, the religion in which he grew up. But unlike many other critics who maintain that Islam is inherently incapable of modernization, and that the Muslim world is sliding ever further into backwardness and fundamentalism, Rizvi is refreshingly optimistic about the future. The seed of a new Enlightenment has been planted in the Arabic… Lees verder »“Liberals Have Compromised on Their Own Values”: An Interview with Ali A. Rizvi

Dying for your group, or for your ideas? On the power of belief

ABSTRACT: Whitehouse’s theory offers one plausible pathway towards extreme self-sacrifice, but it fails to explain sacrificial acts that are inspired by heartfelt ideological beliefs, including jihadi terrorism and mass suicide in cults. If he wants to offer a “single overarching theory” of self-sacrifice, he will need to take seriously the power of belief.  Good scientific theories have to make risky… Lees verder »Dying for your group, or for your ideas? On the power of belief

The Myth of Senseless Violence 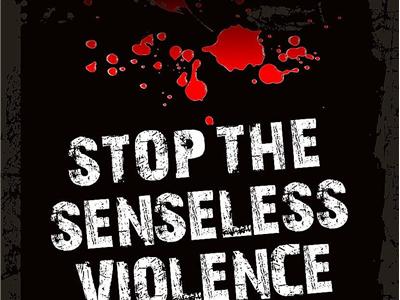 (Chapter for Palgrave Handbook of Philosophy and Public Policy) People have a fascination with something called “senseless violence”. The term originated in Dutch police reports and media stories in the 90s (zinloos geweld), but has since then found its way into other languages as well. It refers to violence that is unprovoked, random, excessive, ruthless, and above all devoid of… Lees verder »The Myth of Senseless Violence

I was expecting some strenuous but constructive criticism from the sceptical community about my Fallacy Fork article, and I have not been disappointed. Skeptical Inquirer published a selection of four letters from readers, and Steven Novella has criticized my article on his blog and podcast. Readers have taken issue with both of my central claims: that cut-and-dried fallacies rarely occur in real… Lees verder »Playing Fallacy “Gotcha!”

The cultural buck stops somewhere: the origin of supernatural belief and the role of agency detection

(Commentary on “Seeking the Supernatural: The Interactive Religious Experience Model” by Neil Van Leeuwen & Michiel van Elk, target paper for Religion, Brain & Behavior by ) When I was a kid I used to pray in front of a glow-in-the-dark statue of the Virgin Mary. To “enhance” my telepathic connection with the Mother of God, I would rapidly flick the… Lees verder »The cultural buck stops somewhere: the origin of supernatural belief and the role of agency detection