How to chase away a university

For the past week or so I’ve been in on a study visit at the Central European University (CEU), where I’ve been doing some research on cultural evolution with the anthropologist Dan Sperber and his group.  I wouldn’t normally be blogging about this kind of everyday academic excursion, but if you’ve been following the news at all closely for the last few weeks then the name of the university might ring a bell, because of the well-publicised plans of the authoritarian Prime Minister of Hungary, Viktor Orbán of the right-wing populist party Fidesz, to close the place down.
The CEU was founded in 1991 by the American businessman and philanthropist George Soros.  It awards both Hungarian and American degrees, the latter thanks to an agreement with the educational authorities of the State of .  It’s one of the best universities in , with a high Times Higher Education ranking.  It’s also a bastion of liberalism and democratic values, with students from all over the world doing unfettered research into a wide range of subjects, often with generous grants and scholarships. 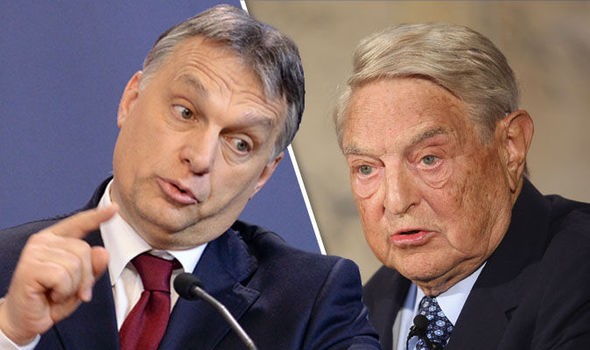 That last point does not go down well with Orbán, a self-proclaimed “illiberal democrat” who has been undermining the rule of law in for much of his political career, and especially since he was returned to office in 2010.  As far as Orbán and his brand of muscular nationalism are concerned, Soros and his transnational, cosmopolitan worldview—as represented by institutions such as the CEU—represent a threat to the sovereignty of the  nation state.  It doesn’t help that Soros’s foundation finances a number of NGOs that have been strongly critical of Orbán’s policy towards refugees.  So a few months ago, the government announced that Soros and his international network of subversive liberal influence needed to be reined in.  And that meant that the CEU became a target.